The Evolution of Classic Internet Trolls 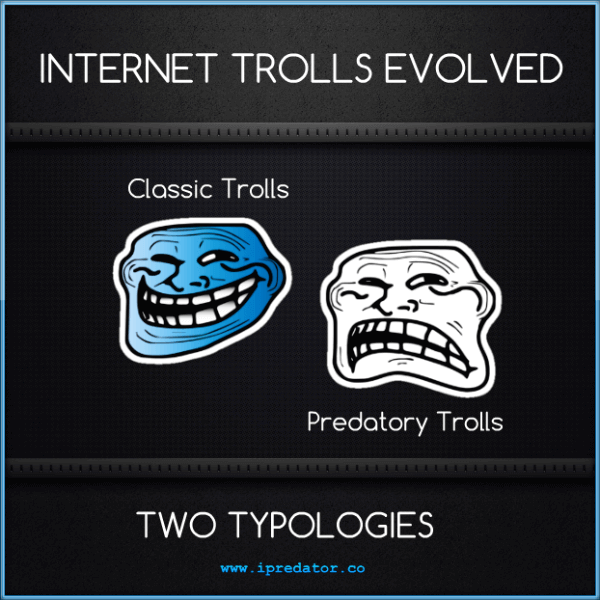 The evolution of Internet Trolls was written to introduce my belief that trolls have evolved into two classes. Although there are many types, as presented in my web article “130 Internet Troll Types”, these typologies fall into two classes. They have evolved from the accepted traditional definition of Internet Troll and branched off into the Classic Troll and Predatory Troll. Below I provide a brief definition for each followed by the standard Internet Troll definition. It is important to note that these two classes fall upon a continuum of severity regarding the intentional harm and abuse they cause. Whereas Classic Trolls tend to be focused on provoking an online user, Predatory Trolls seek to destroy an online user’s reputation, integrity, trustworthiness, career, and family system. 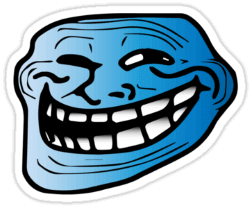 Classic Trolls: Classic Trolls have been around since the birth of the internet and social media. They are online users who randomly choose other online users to anger, provoke and defame. Classic Trolls tend to be loners and do not encourage their peers or online associates to join in their attacks. Like all trolls, Classic Trolls are driven by needs for power, recognition, peer acceptance and control. Their primary goal is to incite their target to anger. Once they have achieved this aim, they typically move on to another target. Classic Trolls rarely engage in habitual or severe defamation, slander and libel. Their target’s response is anger, frustration and anxiety. Classic Trolls focus on one online user and rarely involve the target’s job, family members or loved ones. Although they will always exist, Predatory Trolls are replacing Classic Trolls. 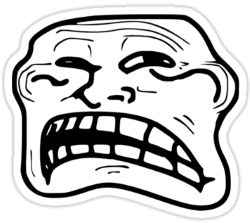 Predatory Trolls seek to destroy their target’s reputation and the reputation of their family members, children, careers and loved ones. They always engage in defamation, slander, libel, disinformation campaigns and criminal defamation. All Predatory Trolls meet criteria for either iPredator or iPredator Bridge and skilled in Cyberstealth. The response of their target is more than anger, frustration and anxiety. Depending on the intensity of attacks, some targets become traumatized and may suffer psychological dysfunction. As the Information Age advances, Predatory Trolls will become increasingly problematic to all aspects of society.

“Many predatory trolls disguise their character assassination tactics and disinformation campaigns by claiming they are activists, whistleblowers and prosocial.” Michael Nuccitelli, Psy.D. (2016) 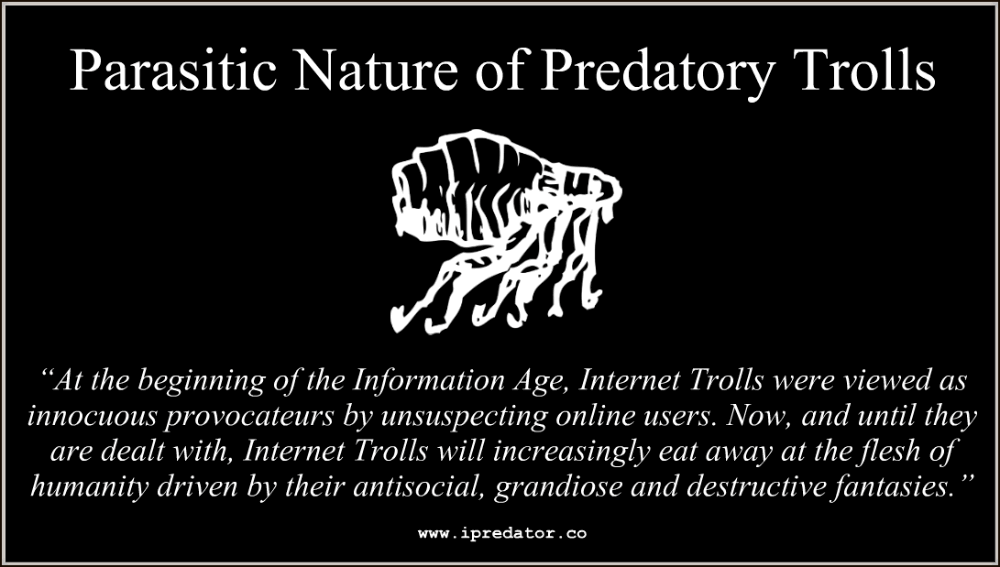 Internet Troll: An Internet Troll is defined as an online user who uses Information and Communications Technology (ICT) to provoke, defame, anger, tease or incite other online users. Often, the Internet Troll does not know the target recipient(s) of their vitriolic statements and behaviors. Internet Trolls regularly appear in all forms of online mediums ranging from online video gaming gatherings to chatrooms and forum discussions. When the Internet Troll’s inflammatory statements and actions do not include a direct or implied physical threat to the target(s), their behavior is categorized as cyber harassment. If the troll’s verbal assaults include direct or implied physical threats to their target(s), their actions are than defined as cyberstalking.

The motivations for an Internet Troll’s provocative, and often, bizarre behaviors are many. Despite the variations in modus operandi, most trolls seek attention, recognition, stimulation pseudo-notoriety and retribution for some unknown perceived injustice. It is commonly believed that the “Veil of Anonymity” afforded to every online user inspires some to engage in egregious behaviors. Those who have begun to investigate the etiology of the troll suggest that the a

Anonymity of the internet contributes to what has been called, disinhibition effect. It has been postulated that internet anonymity leads some to behave in anti-social ways coupled with a lack of guilt or remorse for the harm they cause.

To those who have a loved one that has been targeted, it is vital to be supportive and empathetic. I cannot emphasize enough the sense of isolation and fear many targets experience. The psychological impact can be severe. Not all, but some online users who have been attacked have little support from loved ones, law enforcement, the court system and legal professionals. At this time in history, there are no laws or professional organizations available to assist those who have been cyber attacked. Social networking sites have basic guidelines and procedures on how to address trolls but provide little to no support. Of the eight typologies included in my iPredator construct, the predatory segment of Internet Trolls may one day become the most problematic. With Internet of Things (IoT) slotted for launch by 2020, it is imperative for Criminal Defamation to become a legal statute. The evolution of Internet Trolls has made the old adage of “Don’t Feed the Trolls” increasingly antiquated.

“At the beginning of the Information Age, Internet Trolls were viewed as innocuous provocateurs to unsuspecting online users. Now, and until they are dealt with, Internet Trolls will increasingly eat away at the flesh of humanity driven by their antisocial and destructive fantasies.” Michael Nuccitelli, Psy.D. (2016)