Note: Out of respect for Todd Knisely’s family and loved ones, Mr. Knisely (aka, Shadow) passed away June 17, 2017. God bless his family. Respectfully, Dr. Nuccitelli

Post Update February 19, 2017: Todd Knisely can no longer use my name, as a fake news website, to disseminate his disinformation nonsense. Effective February 16, 2017, MichaelNuccitelli.Net is now owned by this author and forwarded to my iPredator site. This page here is still highly relevant as it illustrates how Predatory Trolls purchase their target’s name, as a domain, to disseminate character assassination content.

For 4+ years, Todd M. Knisely (aka, Shadow) exploited, defamed and cyber attacked countless numbers of online users throughout G+ and other social platforms. Using his moniker called Shadow, he trolls men, women and children without remorse. Todd M. Knisely is not an information security expert, skilled hacker, Anonymous activist or iPredator profiler. He is not incorporated nor is he part of a group of concerned citizen hackers called “Shadows”. Todd M. Knisely is none of these.

Todd M. Knisely is a predatory troll that creates disinformation campaigns by obsessively spamming internet defamation themed content throughout social media. Online deception, Cyberstealth and humiliating vulnerable online users are his weapons. For those wanting to learn about the diverse types of online assailants, Todd M. Knisely is an excellent online user to study.

Not only did he use the website to allege I supported sexual exploitation of children, but he also called and recorded my ex-wife’s husband without his consent. Mr. Knisely also recorded online phone conversations with me and others and altered the sound quality to make us sound like we were intoxicated. Another tactic, which may be unsearchable online, is that he created Anonymous hacktivist videos stating I was an online assailant and needed to cease and desist. These are just but a few of the character assassination tactics he employed.

I am but one of many of his cyber-attack targets. I am flattered that Todd M. Knisely has launched an internet defamation website, in my name, called MichaelNuccitelli.Net. I encourage all online users to bookmark, social share and visit his site often. With your help, Todd M. Knisely will get this website to page rank in search engines. What Mr. Knisely is clueless about is that this website does not hurt my career and online reputation but helps in many ways. Most important is that his websites and social media profiles will be used to teach online users how to identify online assailants and charlatans.

Todd M. Knisely’s online activities over the last year are not just defamatory and malevolent, but odd. Imagine the amount of time, effort and money it has taken him to create an entire website and a vast number of social media posts to character assassinate my name and research. What he fails to realize is that his online nonsense validates the iPredator construct and my work educating online users about cyber-attack prevention. I thank Todd M. Knisely for being the proverbial “poster child” for our Predatory Troll and Phantasist concepts.

It is for this reason; I encourage online users to visit his Shadow social profiles and other social media accounts. Interestingly, you will see how he attempts to hide his obsessional ways by intermittently injecting InfoSec. and cyber security content as part of his published materials. 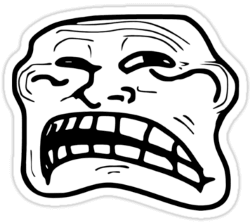 As of August 2016, the Phantasist concept is a sub-construct of iPredator and still being conceptualized. With the help of Olga Vera, Ph.D., CAIN volunteers, Brian Williams, internet safety professionals and Richard James Kapolka, the Phantasist construct is a group effort. We also must extend our thanks to Todd M. Knisely for being the classic example of the Phantasist. If it were not for him, this concept addressing online assailants would not have been possible. A brief definition presenting our concept are as follows:

Phantasist: An online user who obsessively prioritizes & protects their profile, avatar or persona to engage in malevolent or nefarious activities. In most cases, they use the online persona to hide their identity and exploit or intimidate others. The Phantasist has difficulty differentiating their true self from their online identity (aka, Reality-Virtuality Continuum), which is driven by their need to control, subjugate or seek attention from others.

“The Phantasist is a psychopathic, psychopathological or ideologically driven online user who uses and is dependent upon their online identity to injure others. Their online character becomes more valuable than their offline self. All iPredators are Phantasists to a certain degree, but not all Phantasists are iPredators until they attack.” Michael Nuccitelli

Although not finished, Todd M. Knisely is the quintessential Phantasist. For Mr. Knisely, his online identity is equally important as his offline identity. His avatar called the Shadow, is his online persona that he protects at all cost. So important to him that he habitually publishes anger-themed content without “likes”, “+1’s” or comments from other online users. Todd M. Knisely also validates my iPredator construct called ODDOR (Offline Distress Dictates Online Response). Psychologically isolated and alone, he rages against others for not feeding his narcissistic desires. 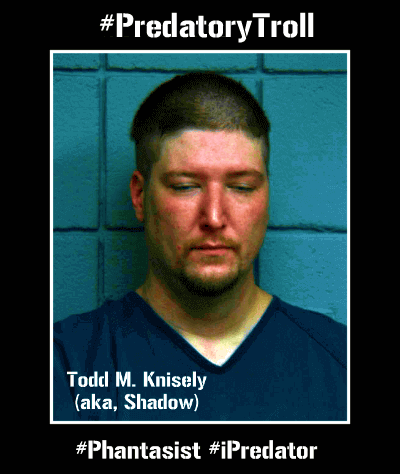 Todd M. Knisely’s online demeanor succinctly meets the criteria of a predatory troll.  In late 2015, I realized that there were online assailants who did not fit the traditional definition of the Internet Troll. As you will concur after reading the definition below, Mr. Knisely engages in predatory troll behaviors. Different than many other predatory trolls and being a Phantasist, he believes it is his duty and “whistleblowing” efforts to alert cyberspace to the scammer, womanizer and cybercriminal known as Michael Nuccitelli, Psy.D. One way he does this is by using the Hashtag #ScammerMichaelNuccitelli in all his content.

The Predatory Troll will go to any length to disrupt and destroy their target’s career. A prime example occurred in December 2015. By visiting the University of Colorado Boulder’s contact pages, Todd M. Knisely obtained the email address of the psychologist who coordinated the training. Prior to my telephonic training for their pre-doctoral psychology interns, he sent my colleague two emails urging her to cancel the event. Unfortunate for Mr. Knisely, everyone got a good laugh from his childish antics. Most laughable was how he signed them. Not using Todd Knisely, as most adults would do, he closed his emails with “Team Shadow”. The definition of Predatory Troll is as follows: 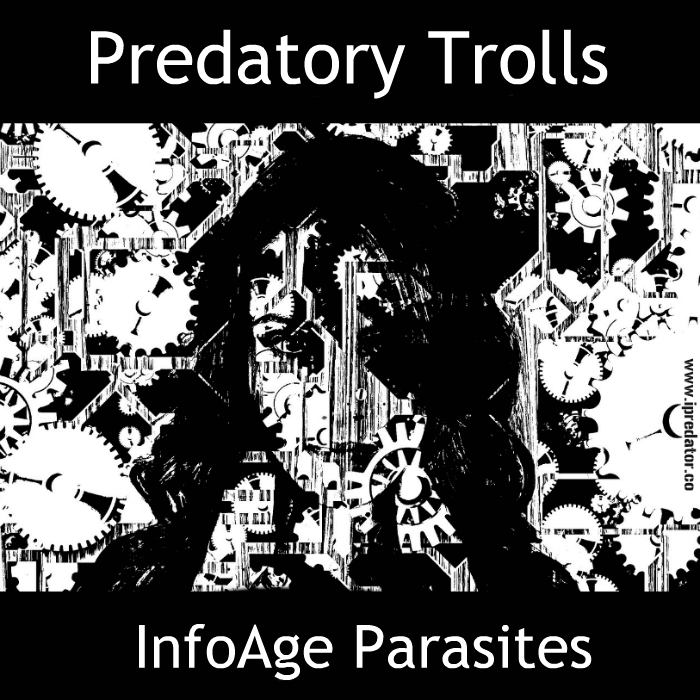 Different from Classic Trolls is that their primary goal is to destroy an online user’s reputation, online presence and trustworthiness. With the advancement of Information and Communications Technology (ICT), Predatory Trolls may be employed by groups and governments in covert operations to destroy a target’s reputation.

Like all Predatory Trolls, Todd M. Knisely is proficient at cyberstealth, disinformation campaigns and online deception. Mr. Knisely takes partial truths and adulterates them into grand felonious stories. I could spend the next 5000 words defending myself, but a simple google search of “Michael Nuccitelli, Psy.D.” or “iPredator” will allow you to make your own determination. If you prefer social media, feel free to visit our social accounts in the iPredator Inc. section below. Since authoring iPredator in 2010, 95% of my work has been volunteer and free of charge. Despite this reality, Todd M. Knisely presents an entirely different picture.

“In cyberspace, we try to perceive each other by repetitive methods and actions. What we end up getting is a pre-constructed fictitious doppelganger conceived in our minds.” Brian Williams (2016)

I became an online friend and associate of Todd Knisely sometime in late 2014 or early 2015. We spent hours on the phone, did a few educational podcasts and collaborated on a couple cases that never came to fruition. Unfortunately, six months into our friendship he engaged in highly unethical and unprofessional conduct. Fearing I would be viewed as an accomplice to his nefarious online activities, I severed all ties with him. Within a couple of weeks of ending our association, his cyber-attacks and disinformation campaign began.

It is now a year later, and his frequency and types of online abuse have increased four-fold and appearing highly obsessive. One might think his website would illustrate his obsession with me, but his Google+ profile and communities border psychotic. One does not have to have a G+ profile to view Todd M. Knisely’s content. Please note that 99.99% of his online content is cloaked by his Phantasist persona called “Shadow”.

The purpose of this web page and article is not to harm Todd M. Knisely. He clearly fits the Phantasist archetype, Predatory Troll and iPredator profile. For his sake, I hope he does not engage in cybercriminal activities. It is important to note that Mr. Knisely also spams outlandish allegations that we persistently harass and defame his character. Respectfully to Mr. Knisely, we could care less about his online habits. What our internet safety volunteers and myself do care about is his pattern of cyber attacking others.

This manuscript was not authored to defame Todd M. Knisely but serves the purpose of educating online users on how iPredators use social media and ICT to harm and exploit others. I have no ill will against Mr. Knisely and encourage his online friends and loved ones to ask he stop targeting online users. In closing, the last few sentences are directed to Todd M. Knisely.

A Message to Todd M. Knisely

Dear Todd M. Knisely, Please stop harassing online users, our internet safety volunteers and myself. You cannot stop the growth and inevitable national acceptance of iPredator and its sub-constructs. Don’t you understand that the more you defame us, the more you validate my work? Please consider shutting down your Nuccitelli website. You are a grown man, but your adolescent website validates everything we are trying to educate online users about. I know you won’t because you’re blinded by your grandiosity.

Furthermore, this is not a threat but a reality. If you refuse to cease and desist with your attacks, a day will come when the nation will visit your websites and social profiles. They won’t be visiting to learn about Information Security. They will be visiting to learn about the iPredator, Phantasist and Online Psychopath. These three typologies will be you, Todd M. Knisely. 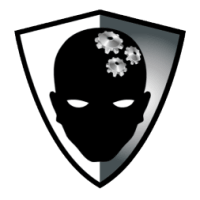